They Broke the Frame of Patriarchy

Instead of the furiously-written post on withholding the Eucharist from those who believe themselves to be in communion (which I have saved as a draft to be revised less furiously), I publish here a more positive post on rethinking the Church, inspired by a recent Plenary Council session, and also drawing from a conversation with a recently retired priest.

There I was, in the middle of a Plenary Council listening and discernment session, the second phase of the local gatherings, with a mixed group of members of the Church. The scripture used for the reflection was the Road to Emmaus, Luke 24:13-35. (Though having now been through all of the scripture readings on the website for each theme, I haven’t found this passage amongst them…) We were asked to underline the words that spoke to us. I underlined “some of our women amazed us” and “were not our hearts burning within us?”

Anyway, we end up in a little group to listen to where the Spirit has led each person in their reflection. There was an interesting mix (and very broad range) of perspectives, but I want to put out there one of hope which came from my new-found-friend, the retired priest, who was commenting on the numbers of priests. He pondered, (I’m paraphrasing) “Perhaps we are looking at the situation the wrong way round. Perhaps we have exactly the number of priests that we need in the present moment, in order that we change our thinking on what it means to be Church.” I found this particularly inspiring from a self-confessed old-timer. The question is not ‘How do we get more priests?’ but ‘How do we need to change?’ In other words, could the issue be that it is not the number of priests that needs to change but the conception of priesthood.

How do we, then, open new spaces, construct a new framework, and live a renewed calling, for a ‘discipleship of equals’ in which female and male ministry, in all forms, is valued?

When I got home, I used the scripture as inspiration to write a song which I called So Good, the general concept of which – a tribute to female trailblazers – I’d been playing with for a while. [Recording coming on the album!]

Look at the women on the corner of the street
They are dancing, they are dancing.
For their faith was ever strong in the spirit flowing through
All their singing, for their voices
Are uplifted by the movement and the music all around.
They step in time as one creation.
The music whispers to them they are good, so good.

Think of a young girl growing up in a new world with a vision for a future
In which women have a say in who they are and they can be.
In their wisdom, they make choices
In the interest of a world in which faith and love can grow
They hold the flame of Christ-life within
And someone surely tells them they are good, so good.

Remember all the ones whose voices went unheard
Though they spoke out, tore their souls out
In wanting to create a world which reflects reality
Of humanity, beyond the depravity
Of the structures they inherited which hold women back
They broke the frame of patriarchy
But no one ever told them they were good, so good.

With our hearts on fire we join as one creation
To sing out loud, these women are amazing, they are amazing. 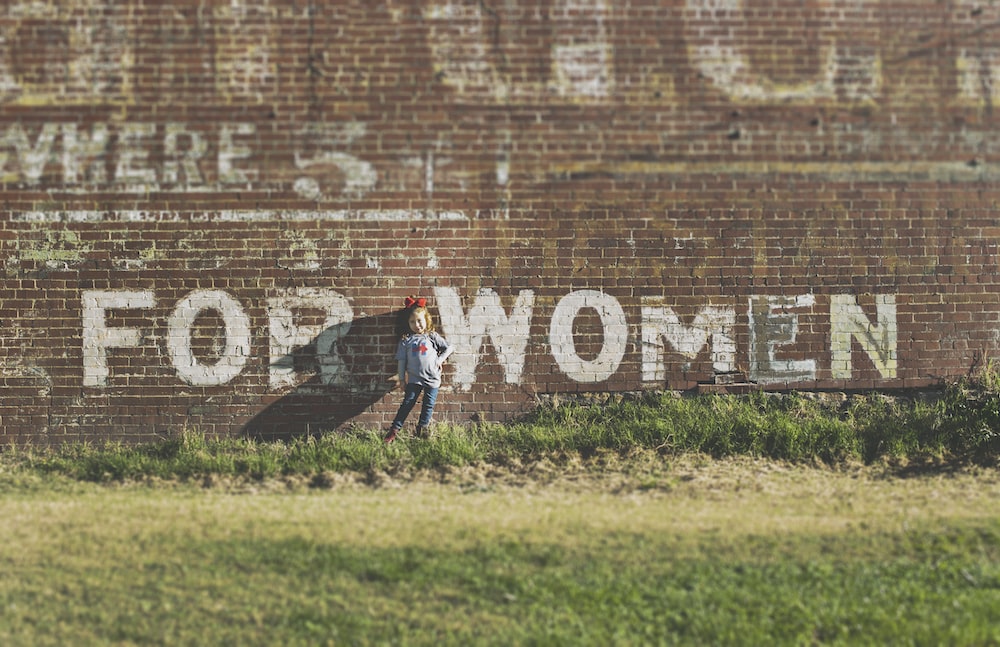 Photo by Katherine Hanlon on Unsplash