​I enjoyed writing my #nurture1516 reflection, reminding me of the benefits, challenges and surprises of moving abroad to teach. So I thought I’d jump on this year’s #nurture1617 bandwagon again and share my reflection of 2016 with you all. A word of caution, it isn’t all about teaching! There’s more to life, right?!

Professionally, it was mostly a year of consolidation, keeping the momentum up of running the Religion department, in which I was helped by some wonderful colleagues who were committed to putting in the hard yards.

A last minute decision of a colleague to leave at the end of 2015 left me with both Y11 and Y12 Study of Religion classes – a steep learning curve for me as well as the students! With both year groups also for Religion and Ethics, this meant I mostly taught seniors – and one Y10 class – the first time in my career I haven’t taught the junior years.

I flipped all of my senior classes – which also had the benefit of allowing colleagues to improve their subject knowledge. Students enjoyed the flipped learning on the whole, though it wasn’t everyone’s favourite way of learning – some didn’t want the responsibility to learn given to them and some wanted to be spoon fed, but it seemed to work much better than the previous  (dare I say haphazard) approach they had experienced. I spent lots of my own time recording the videos but feel the reward was worth it. I now have the basic videos ready to go and can focus on making improvements and additional videos as I teach the course again this year.

I’m proud of myself that I managed to sustain the #REchatOz monthly chats during the busy school year, with the support of some excellent teachers around Australia and the world.

A colleague I have worked closely with over the last 18 months made the decision to step down from the role of Director of Mission, an assistant principal role in our school. It seemed a natural progression from my role as Head of Religion, so I applied for the job – and got it. It’s a big change of focus from the academic side of teaching, but I am looking forward to this change for 2017.

I was formally inducted (? – for want of a better word) into the Marist Association, becoming officially a part of the Marist family.

I spent most of the holidays this year in Australia, often catching up with family and friends. We did manage to fit a sneaky 2 weeks in Japan at Easter, and I am glad we did because I was able to experience a very different culture. In the long summer holiday we went on a crazy road trip from Cairns to Melbourne and back! We really have seen some of Australia! Highlights of the experience include bodyboarding on the beaches of NSW, eating oysters and drinking stars (read: champagne) all down the coast, and of course NYE in Sydney.

So what about 2017? My #oneword2017 is going to be “peace”. I chose this because I feel a lot of teachers are troubled professionally (and personally where the two clash) so I want to be at peace with myself in my new role. I also want to be at peace with others – F2F and virtual, continuing to stay out of conflict and work hard to express disagreement in productive and constructive ways. Being at peace with myself also involves looking after myself physically and mentally – so I am hoping to continue running on Fridays with colleagues, doing the parkrun most weeks, swimming a few times each week, which I managed consistently in term 4. I will also be signing on for my second season of football (that’s soccer to you Aussies). Another means by which I will be bringing about peace is continuing to read. I had a target of 100 books to read in 2016 – I didn’t make it but I got to 62! Perhaps I can get nearer the 100 mark in 2017. I will also hopefully publish my own book, my thesis, which will make me content. My academic pursuits are currently in limbo, so I’m happy to wait and see what the year brings on that front. And I will be going home when the bell rings (disclaimer: whenever possible). 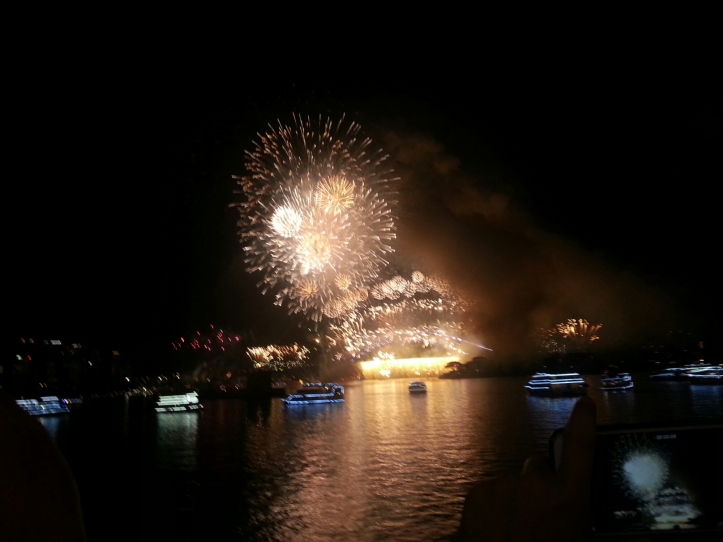